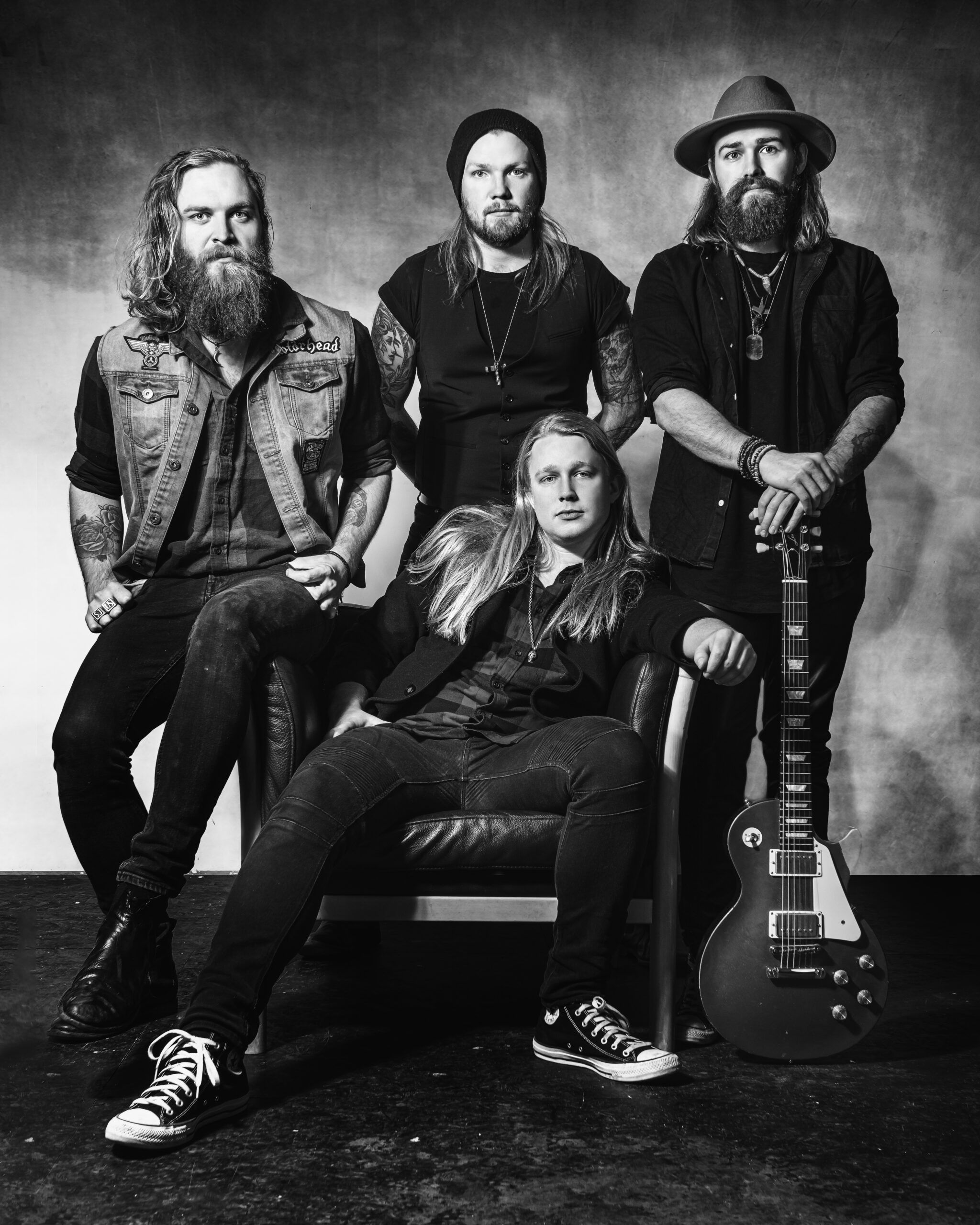 Get ready for a Danish rock n roll explosion!!
Their hit song “Geordie” from last year’s well received debut album “Sin & Tonic” has now reached 500.000 plays on Spotify (over 1 mio on all digital streaming platforms) and 200.000 views on Youtube and the band has just been confirmed for a huge European tour.

But if you thought this was it for Junkyard Drive you are wrong! 2018 will not be any kind of stagnant or boring for this Danish hard rock band!     Junkyard Drive has just finished their new album ‘Black Coffee’, which is recorded in Medley Studios in Copenhagen, with Soren Andersen (Glenn Hughes, Mike Tramp, Jesper Binzer) as producer.     The album is now ready to be released world wide through Mighty Music on September 1st 2018.     “Black Coffee” contains 11 hard rocking tracks. Just the way it should be, with a band that has developed a lot since their formation. And you can actually hear that it in the sound!     In addition to the new record, Junkyard Drive played at this years Nordic Noise Festival, When Copenhell Freezes Over, and not at least at this years Sweden Rock Festival site by site with bands like Judas Priest, Ozzy and Iron Maiden.

Since the danish rockers came home from their EU-tour with Eclipse in late 2019, they have been dying to write some new material.

Junkyard Drive is well known for their good time Rock N’ Roll, but this time, things has becomed more serious, dark and melancholic.

“Mama” is a tragic story, about a young man dealing with his sorrow and anger, after the loss of his mother.

“Everyone knows the feeling of loosing a familymember or a close friend, and it is so difficult to just hold on and live your life, when the feeling of emptiness is taking over.”